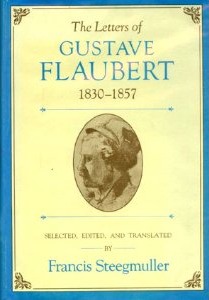 Love Letters from the poets at the Southbank Centre

As part of their Festival of Love, the Southbank Centre recently put on an event where Ben Lamb, Harriet Walter, Guy Paul, Laurel Lefkow and Jason Hughes read a wide expanse of love letters by writers. This was not an evening exclusively dedicated to romantic love: the letter Ted Hughes wrote to his son was the standout example.

When Keats wrote to Fanny Brawne before going to Italy in an attempt to improve his health: “I do not write this till the last that no eye may catch it”, eight pairs of ears eagerly caught his wish that: “you could invent some means to make me at all happy without you”. Knowing that no such device exists, he prophetically signs off “I see nothing but thorns for the future”.

Ezra Pound’s poem “The River Merchant’s Wife” was based on the 8th Century AD Chinese original, and balances nostalgia with imagery in a gently rolling rhythm to set up the first notion of reciprocated love when the future was not so much of a factor:

“You walked about my seat, playing with blue plums.

And we went on living in the village of Chokan:

The mood veered from rapturous professions of first love between the Brownings “for the first time, my feeling rises altogether. I do, as I say, love these Books with all my heart– and I love you too”, to a pregnant widow in 16th century South Korea bidding farewell:

“How did you bring your heart to me and how did I bring my heart to you? Whenever we lay down together you always told me, “Dear, do other people cherish and love each other like we do? Are they really like us?” How could you leave all that behind and go ahead of me?

Come to me secretly and show yourself. There is no limit to what I want to say and I stop here.”

The letter was recently discovered in the couples’ shared tomb.

In case that last veered on the excessively sad, Russell Edson’s letter to ‘Dear Miss’ may be the thing to save you: “I am interested in your mind: will you undress in front of me? Will you permit me the unparalleled pleasure of taking your clothes off? I feel that if I should have my penis in your vagina I should have your love”. Another source of amusement was the sequence of letters from Byron to Caroline Lamb, Clara Clairmont AND Teresa Guiccioli, all professing his undying love with equal fervour.

Her teasing use of the pen as a blade is made concrete as she firmly immolates any commercial relationship with her patron: “We have sat around for hours and wondered how you look. If you have closed your senses around silk, light, color, odor, character, temperament, you must by now be completely shriveled up.”

A personal highlight was Flaubert’s letter to Colet on August 15, 1846 (partly because it confirms that great things DO happen in August, while cities are asleep except for tourists):

“I will cover you with love when next I see you, with caresses, with ecstasy.  I want to gorge you with all the joys of the flesh, so that you faint and die.  I want you to be amazed by me, and to confess to yourself that you had never even dreamed of such transports… When you are old, I want you to recall those few hours, I want your dry bones to quiver with joy when you think of them.”

No professions of love long beyond the reach of the stars or the reach of the moon for Gustave. That magnificent walrus moustache concealed an absolute groover, who paints the superb image of an elderly lady cackling with pleasure over a night of ecstasy decades later.

Instead of a Letter 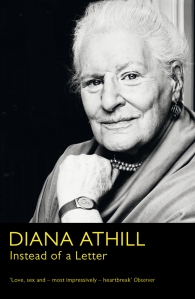 Instead of a Letter – Diana Athill

It is with shame and regret that I admit to my failure to attend the book club’s discussion of this memoir. I could have done with their help with this, as I have not experienced such revulsion and grudging admiration in tandem before, at least when reading.

First published in 1963, when Athill was in her early forties, this covers her life to that date unevenly, with lingering descriptions of the various houses she was brought up in and the Norfolk Broads, with whole decades of her adult working life truncated to a few pages.  As the author is still living in London, no mean feat having been born in 1917, I have no desire to put the boot in by hauling this memoir over the coals of modern contextual reading, partly because I am hardly a paragon of political correctness either. Her curiosity for foreign lands, self-deprecation in relation to her intellect and her gimlet turn of phrase are all admirable. The image of the author sinking into apathy having had her heart broken is delivered with a cool lucidity that is both enviable and universal. She loves her family, friends, nature, and of course books. Her love of beauty is rewarding to her, instilled at a young age by the kind of aunt that everyone should have, and sustains her through spates of inertia, as she describes them.

The scene introducing her decision to abort her lover’s child in her late twenties is also completely fascinating – from the sly description of the hideous woman in the consultation room to her decision not to keep the child, despite her desire to be a mother, for practical reasons and in order not to harm her parents. Life in England fifty years ago for an Oxford-educated upper middle-class woman portrays a defiant non-glamour – the BBC, bedsits and vacant promiscuity – that nonetheless entertains, as her life was so completely of her own making.

She goes from living with a mother who is quoted as having said: “the really bloody thing about being poor is that if you leave something on the floor when you go out, you know it will still be there when you get back,” to a boarding school where she survives by developing a deeply OCD method of naming small inanimate objects and by maintaining ‘a private stable of symbols’ in order to stay in touch with the outside world.  The former makes you realize she could be a lot worse, the latter makes me wish I had done that.

Throughout is her balancing of sex against love. She describes a bull she used to stare at as a child: “He was sex as well as violence, and we were in awe of him”, and takes this to a terrifying reverie as a teenager: “If a stevedore” – why a stevedore? I am sure I have never met one – “if a stevedore would come and rape me at this minute, I would let him.” As long as you’re sure. Her first lover kindly explains ‘all sexual relationships were basically the pursuit of an essential thrill which, in its purest essence, could only be found in rape.’ He drops the theory after a year, and her virginity is his. There is a sense of detachment in her subsequent liaisons, despite her honesty and liberation in instigating them, that chills the reader.

She adored being an Oxford student, drifted into the BBC, founded several publishing companies with Andre Deutsch and there found her metier – her competence is clear despite her professed ignorance. She settles into a life full of words, travel and friends rather than solitude, ending on a positive note. It is hard to shake the feeling of her cold blue gaze falling on something ugly, however, and gutting it in the same fashion as she does an enthusiastic companion in Bath Crescent:

A man who was walking me home one night said, ‘It’s like going into a church,’ and I was speechless for several minutes in outrage at hearing my own feelings put into such clumsy words.

So the moral of the story: get it exactly right, or remain alone and suffer no disappointment. Write that down.

There is an admirable online publication, Letters of Note, which collects fine examples of written communication between interesting figures, many well known, others less so.

One letter published on the site in particular delighted me. It is from an impressed reader to Yann Martel, the Canadian author of the literary bestseller Life of Pi.

My daughter and I just finished reading Life of Pi together. Both of us agreed we prefer the story with animals.

It is a lovely book — an elegant proof of God, and the power of storytelling.

For me this elegant note, describing an elegant book, eloquently answers the question that Don’t Read Too Fast is examining in this series: why read? Books, whether their content is factual or imagined, can be immeasurably powerful things, capable of examining the most fundamental questions that men have yet had the capacity and wit to ask.

I believe our greatest asset in navigating the complex corridors of dealing with other humans is to have context. It is our only chance to achieve even an imperfect understanding of other people (and we must accept it will only ever be imperfect). We can amass this context by learning from our own experiences and contact with others, and it is our duty to do so. However, reading, I would argue more than any other intellectual activity that has yet been devised, enables us to exponentially grow our repository of context and understanding of the experiences of other people.

Like him, I think we should give humble thanks to those that create or record stories that successfully help us to understand other people, and seek to answer some of the questions that have troubled and challenged our species for as long as we have existed.